Most endurance athletes who have followed a structured training programme will have completed a base phase that involves long steady state training to develop their endurance. This is typically followed by a speed phase closer to their competition to develop their ability to perform repeated high intensity bursts in response to attacks or surges in a race. Not many athletes or coaches however would entertain the thought of performing repeated sprints in an attempt to develop endurance ability.

Don't want to read? Watch this video for the key points

Recently a great deal of research (I have just focused on a few key studies below) has focused on short high intensity interval training and the benefit it provides to endurance development. One of regularly cited studies in this area (1) found that maximal sprints of 30 s were to be as effective as longer continuous endurance exercise in stimulating training adaptations that were often thought only to be stimulated by steady endurance training. One improvement that improves endurance ability is that of improved fat oxidation (using fat as a fuel during exercise). With prolonged endurance training the body’s ability to use fat as a fuel is improved. Interestingly when individuals trained for 6 weeks performing 4-6x30 s maximal intervals with 4.5 min of recovery between each 3x per week, similar changes in fat metabolism enzymes were compared to 50-60 min of steady state endurance exercise 5x per week. In short, the same changes were found with 3.5 h less total training time per week in the repeated sprint group.

While these metabolic changes in metabolic function are important for endurance development, changes to the cardiovascular system (heart, blood and blood vessels) are also important to consider. One important cardio vascular adaptation to endurance training is an increase in blood volume. In short, more blood equals better endurance performance (hence why some endurance athletes choose to blood dope). Some recent work from the Otago University School of Physical Education has shown that over the short term (24 h) 5x30 s maximal sprints increases blood volume to a similar level compared with 50 min of steady endurance training (3). After 8 weeks of training however, similar changes in exercise performance were seen but the sprint training group did not undergo the same increase in blood volume compared with the endurance group (4).

So what does this all mean and how can you use it in your training? The first two studies above (and many others like them) tell us is that if you do not have a lot of time to train (i.e. due to work, family, weather or whatever) you can improve our metabolic endurance ability to a similar level by training short and hard compare dif you were to train long and steady. The recent studies out of Otago indicate that while high intensity interval training increases blood volume in the short term (3), over the long term (4) it seems to fall short of traditional endurance training. So what should you do?

The bottom line is that if you are short of time train you can be confident that if you train short and hard you will not compromise your endurance. However, it seems that you still need some long steady state endurance training for the expansion of blood volume.

Some example sessions that have been shown to be effective are

The key point of these intervals is that they need to be done at your maximal intensity. The majority of the studies in this area have been performed on cycle ergometers due to the low impact nature of this type of exercise. If you perform these sessions running perform them on an uphill incline or grass field in an attempt to reduce the change of impact injuries.

Hopefully this short review has given you an insight into the world of repeated high intensity sprint training for endurance development. If you have any questions about this type of training or have any suggestions of future articles please let me know.

Make sure you check out this link RE 1 legged pedalling as I have come across some new reseacrh since filming this.

Check out the EPC

Get your FREE 28 page

Get your FREE inside LOOK

Get your FREE preview HERE

Get your FREE preview HERE

ATP: an introduction to energy 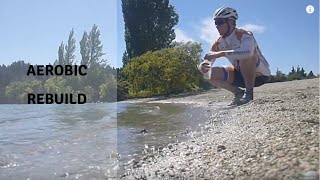 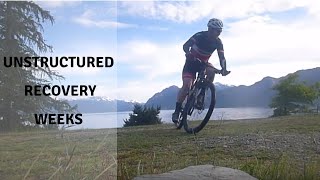 How to use unstructured recovery weeks in training